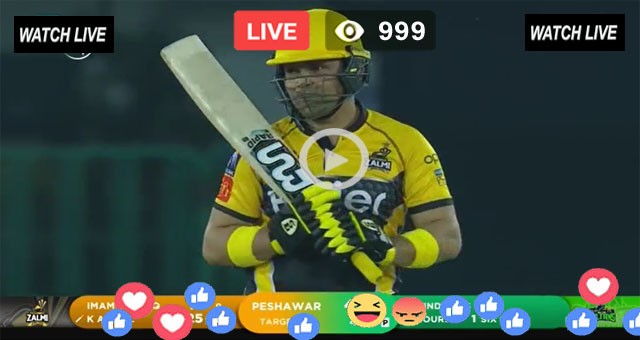 The Match 16 of the Pakistan Super League (PSL 2022) will see Peshawar Zalmi lock horns with the defending champions Multan Sultans at Gaddafi Stadium, Lahore, February 10. The Sultans are on a roll and currently seem to be the team of the tournament having won all their games so far this season.

Peshawar Zalmi, on the other hand, have blown hot and cold in this edition so far. They find themselves at the fourth position in the PSL 2022 points table having won and lost two games each from their four outings so far. A win here would be very handy for the last year’s runners-up as it will help them jump two places to the second position ahead of Islamabad United, and, Lahore Qalandars.

Meanwhile, Zalmi would be upbeat after having got the better of the Karachi Kings on Friday. Apart from reviving their campaign, Peshawar would also be eager to avenge last year’s final loss against an in-form Multan Sultans.

Coming at No.4, Shoaib Malik scored a brilliant 52* runs from 28 balls in the last game against Karachi Kings. Overall, in 4 matches in this year’s PSL, he has scored 132 runs at an average of 66 and even picked up a wicket.

Shan Masood is in explicit form in this tournament. In 4 matches, he has smashed 240 runs at an average of 60 with the highest score of 88.